Here are the winners of Guiguinto, Bulacan local elections 2016. The official tally and results of the local government elections held across the municipality of Guiguinto, Bulacan on Monday, May 9, are collected centrally and are put in COMELEC Mirror Server, which are also available from other sources, including Rappler, GMA Network, ABS-CBN, and other local agencies.

The winners of the mayoral and vice mayoral seats of Guiguinto, Bulacan are determined with the highest number of votes received. These positions are voted separately, so there is a possibility that the winning officials came from the same or different political parties. 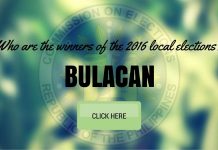 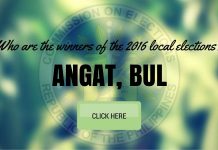 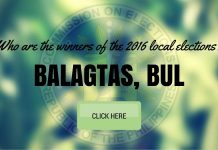