77-year-old Samson Alcantara isn’t too late for his game. At his age, the lawyer and law professor prides himself of his active mind – essential in his call to run as a candidate for the 2013 Philippine Senate elections.

Apart from serving as a law professor for the University of Santo Tomas, the Manuel L. Quezon University, the Pamantasan ng Lungsod ng Maynila, the University of the East, and the New Era University, he’s also the national president of the Social Justice Society, a political party accredited by the Commission on Elections, as well as the founding chairman and president of the ABAKADA-GURO partylist, a partylist group representing teachers.  Alcantara began teaching in 1967, handling Political Law and Labor Law subjects.

A practicing lawyer for the past 55 years, Alcantara is an advocate of social justice; he has made the abolition of political dynasties the centerpiece of his platform. “The Constitution mandates equitable distribution not only of wealth but of political power. Unequal distribution of wealth will continue as long as political power is concentrated in the hands of a few,” he said in an interview.

Apart from this, he also opposed government officials from appearing in television commercials. Just last year, he filed a petition before the Supreme Court to stop the airing of television commercials of five government officials who are also running for senator in the upcoming election. In the petition, he stated that these officials acted against ethical standards expected from elected officials and violated “the letter and spirit” of the 1987 Constitution.

Samson Alcantara is an advocate of social justice, particularly equitable distribution of economic and political benefits and opportunities in society. He is the founding president of Social Justice Society, a registered political party that he and colleagues set up in 2001 to pursue the ends of social justice.

Alcantara has made the abolition of political dynasties the centerpiece of his platform.

Alcantara said he would push for the adoption of more social justice laws and the fine-tuning of existing ones. He also has a platform for senior citizens.

Samson Alcantara’s other platforms include quality education, increase of employment opportunities, development of social values, protection of public officers against discriminatory practices, fair and speedy administration of justice, development of natural resources, elimination of oppressive impositions and environment-related hazards and assistance to entrepreneurs. 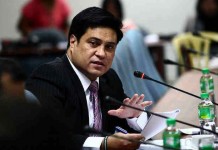 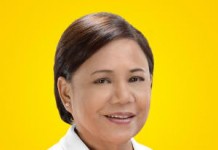 ABOUT US
Newspaper 6 is your news, entertainment, music fashion website. We provide you with the latest breaking news and videos straight from the entertainment industry.
Contact us: [email protected]
FOLLOW US
© Copyright 2015 - Newsmag by TagDiv