Chiz Escudero was elected to the Senate with the second highest tally of votes, slightly behind Loren Legarda.

Chiz Escudero was born on October 10, 1969, and studied at the University of the Philippines from kindergarten to college where he took up law. In 1994, he passed the Philippine Bar and went on to obtain a Masters degree in International and Comparative Law at Georgetown University in 1996.

As a practicing lawyer and teacher, he decided to enter politics in 1998 and was elected Representative of the 1st District of Sorsogon and was voted by his peers as Assistant Majority Floor Leader.

He was re-elected twice and was House Minority Floor Leader during his last term.

His name has national recall, and this was proven by the fact that he nearly topped the senatorial elections in 2007.

Today, he heads the Senate Committees on Justice and Human Rights, and Environment and Natural Resources.

This man’s meteoric rise into the nation’s consciousness as a leader has earned him several distinctions, including becoming a TOYM (Ten Outstanding Young Men of the Philippines) awardee in recognition of his selfless dedication as a youth leader.

He has not gone unnoticed; in 2007, he was the only Filipino named as Asia News Network’s Asia’s Idols. He has also been honored by the prestigious World Economic Forum as a Young Global Leader of 2008 in recognition of his professional accomplishments, commitment to society and potential to contribute to shaping the future of the world.
Just when everyone is asking what more lies ahead for him, here he is consistently leading surveys as the most trusted official of the land with high approval ratings. 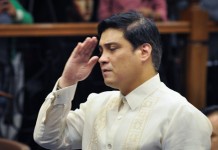 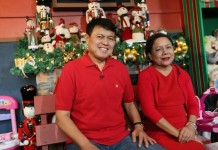 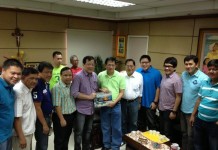