This is a directory of official candidates who are running for governor, vice governor, sangguniang panlalawigan (board member), congressman, mayor, vice mayor, and sangguniang bayan (councilor) in Region II (Cagayan Valley Region) for the May 2013 elections. 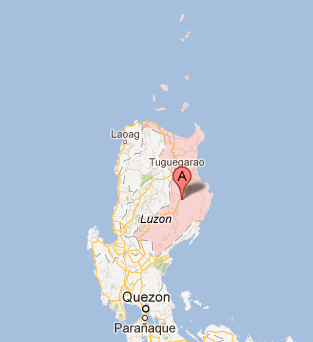 Cagayan Valley is the second largest region of the Philippines in terms of land area. Most part of Region 2 lies in a large valley in northeastern Luzon, between the Cordilleras and the Sierra Madre mountain ranges. Region 2 is composed of 5 provinces, 4 cities, 89 municipalities, 2,311 barangays and 10 congressional districts. As of 2010, its population reached a total of 3,229,163 residents.

Tuguegarao City, which is the capital city of Cagayan, is the regional center of Region II (Cagayan Valley Region). With a total land area of 31,159 sq. km (12,031 sq mi), Region II is inhabited by Ilocano, Ibanag, Irraya, Ivatan, Itawis, Gaddang, Tagalog, English, and others.

Here are the lists of 2013 official candidates for Region II (Cagayan Valley Region):