This is a directory of official candidates who are running for governor, vice governor, sangguniang panlalawigan (board member), congressman, mayor, vice mayor, and sangguniang bayan (councilor) in Region III (Central Luzon) for the May 2013 elections. 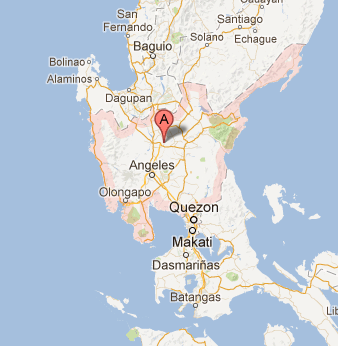 Central Luzon contains the largest plain in the country and produces most of the country’s rice supply, earning itself the nickname “Rice Granary of the Philippines”. The region is bordered by the regions of Ilocos, Cordillera Administrative Region and Cagayan Valley regions to the north; National Capital Region and CALABARZON to the south; and of waters of Manila Bay to the south; South China Sea to the west; and The Philippine Sea to the east.

San Fernando City, which is the capital city of Pampanga, is the regional center of Region III (Central Luzon). With a total land area of 21,543 sq. km (8,318 sq mi), Region III is inhabited by Tagalog, Kapampangan, Ilocano, Sambal, English, and others.

There are fourteen cities in Central Luzon which include: Balanga in Bataan; Malolos, Meycauayan and San Jose del Monte in Bulacan; Cabanatuan, Gapan, Muñoz, Palayan and San Jose in Nueva Ecija; Angeles, Mabalacat City and San Fernando in Pampanga; Tarlac in Tarlac; and Olongapo in Zambales.Central Luzon produces the most rice in the whole country. Excess rice is delivered and imported to other provinces of the Philippines.

Here are the lists of 2013 official candidates for Region III (Central Luzon):