This is a directory of official candidates who are running for governor, vice governor, sangguniang panlalawigan (board member), congressman, mayor, vice mayor, and sangguniang bayan (councilor) in Region VII (Central Visayas) for the May 2013 elections. 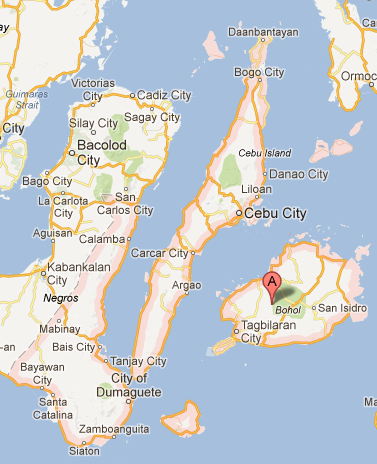 The Central Visayas region is located in the central part of the Visayas island group. It consists of four provinces—Bohol, Cebu, Negros Oriental, and Siquijor — and the highly urbanized cities of Cebu City, Lapu-Lapu City, and Mandaue City.

Although Cebu City, Mandaue City and Lapu-Lapu City are often grouped under the province of Cebu for statistical purposes by the National Statistics Office, as highly urbanized cities, they are administratively independent from the province.

The Central Visayas is dominated by the native speakers of Cebuano. Also known as Region VII (Region 7), the region consists of 4 provinces, 16 cities, 116 municipalities, 3,003 barangays and 15 congressional districts. As of 2010, its population reached a total of 6,800,180 residents.

Cebu City, which is the capital city of the province of Cebu, is the regional center of Region VII (Central Visayas). With a total land area of 15,875 sq. km (6,129 sq mi), Region VII is inhabited by Cebuano (Boholano dialect), Porohanon, Tagalog, English, and Spanish speakers.

Here are the lists of 2013 official candidates for Region VII (Central Visayas):