Adams, Ilocos Norte Barangay Elections 2013 was held on Monday, October 28, 2013. The elections had elected 1 barangay captain, and 7 members of the Sangguniang Barangay, or barangay council, in only 1 barangay. 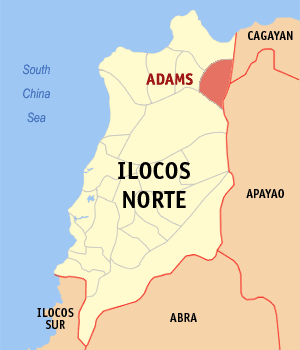 According to a Wikipedia source, Adams is a fifth class municipality in the province of Ilocos Norte. It has a population of 1,785 people, according to the 2010 census.

Adams, Ilocos Norte Barangay Elections 2013, Results added by Frederick on May 1, 2014
View all posts by Frederick →